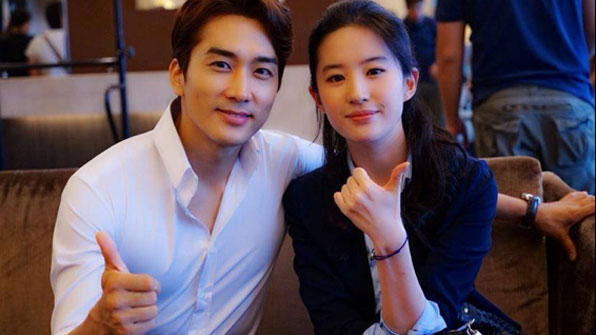 On January 25, Song Seung Heon's agency stated, "They were having a hard time as they were away from each other due to busy schedule. They ended up breaking up and have agreed to remain friends."

The couple admitted their relationship in August of 2015. They met through the Chinese romance film 'The Third Way of Love' in 2014.

They were caught up in breakup rumors three times in March and July of 2016 and May of 2017 and denied all the rumors.