On February 1, Pledis Entertainment revealed the poster for 'NU'EST W CONCERT IN SEOUL' and announced the opening of the ticket sales. 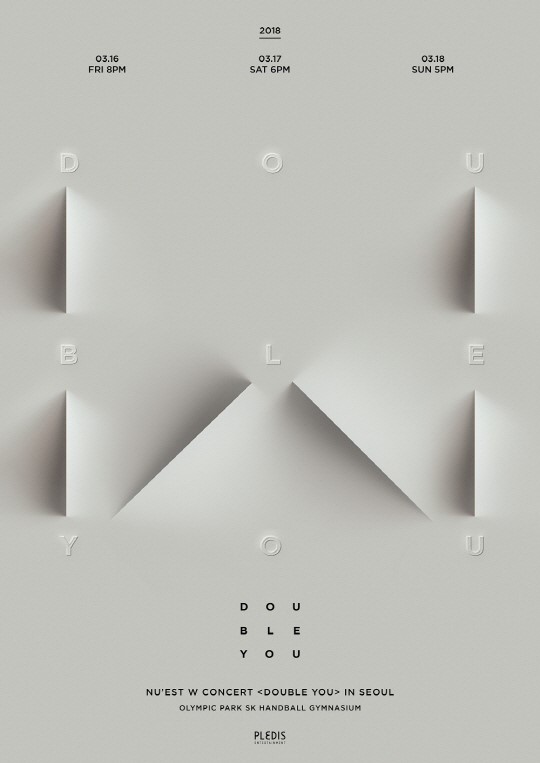 The upcoming concert will feature a live band and member's solo performances.

Previously, NU'EST W recorded a sellout of 10,000 tickets in just 3 minutes for the fan meeting held in August.

Meanwhile, 'NU'EST W CONCERT IN SEOUL' will be held from March 16 to 18 at SK Olympic Handball Gymnasium. Since NU'EST W's members constantly mentioned a solo concert as their new year's wish, the concert will be a meaningful event for both the group and the fans.