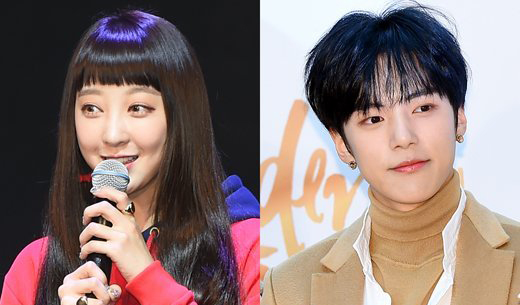 On April 10, after the pre-recording of MTV's 'The Show,' Hyerin appeared in front of her fans and said, "I'm not dating MONSTA X's Minhyuk." It was unexpected that she would address the dating rumor herself and explain it.

EXID's agency stated, "There had been rumors (that Hyerin and Minhyuk are dating) from a while ago, and Hyerin decided to explain it in case the fans misunderstand."

EXID has come back with 'LADY,' and MONSTA X with 'JEALOUSY.' Both groups participated in the pre-recording that day.