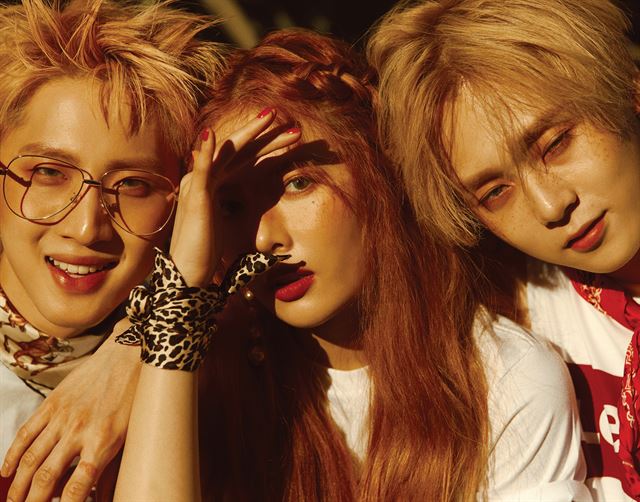 On June 26, CUBE Entertainment announced that Triple H has set the comeback date for July 18.

Triple H is a project co-ed group that consists of Hyuna, PENTAGON's Hui and E'Dawn formed in May of last year. The group released its first mini-album '199X' last year with the title track '365FRESH.'

Hyuna recently revealed her plans to come back with Triple H at the '2018 UNITED CUBE-ONE' concert. During an interview, she revealed that the upcoming album will be "very familiar yet revolutionary."