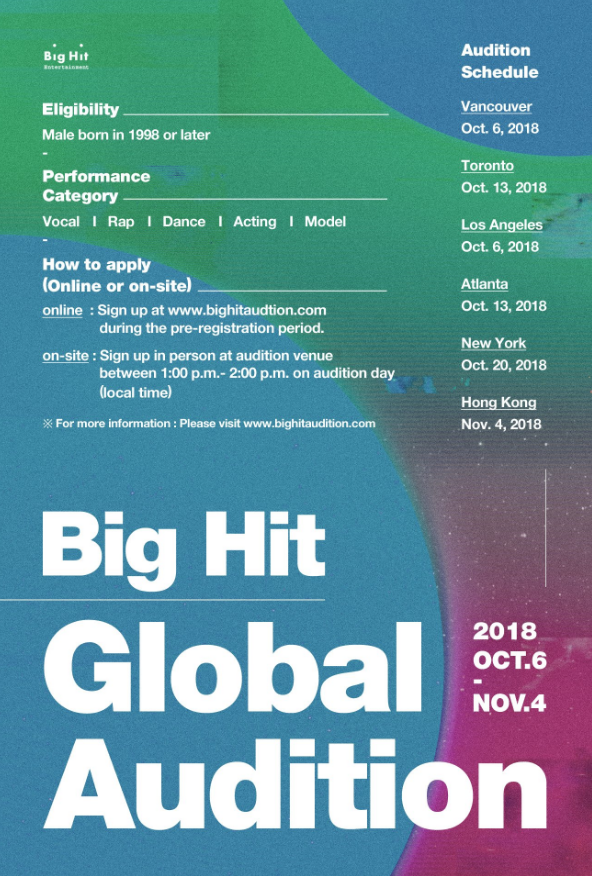 On September 14, BIG HIT Entertainment announced that it will hold auditions in 6 cities starting from Los Angeles and Vancouver on October 6, Atlanta and Toronto on the 13th, New York on the 20th and Hong Kong on November 4.

The performance categories are vocal, rap, dance, acting and model. Only males born in 1998 or later can apply, and those who pass the audition will be able to receive training under BIG HIT's system. 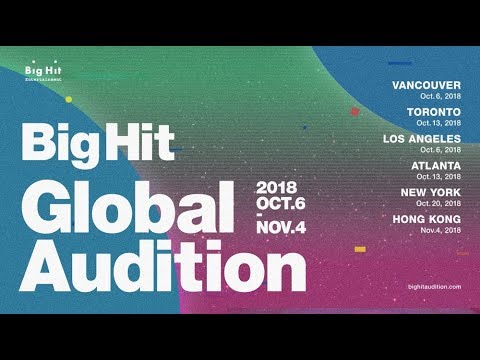