GOT7 to make a surprise comeback on December 3!

On December 3, GOT7 will release 'PRESENT: YOU & ME', which is a repackage version of their 3rd full-length album. 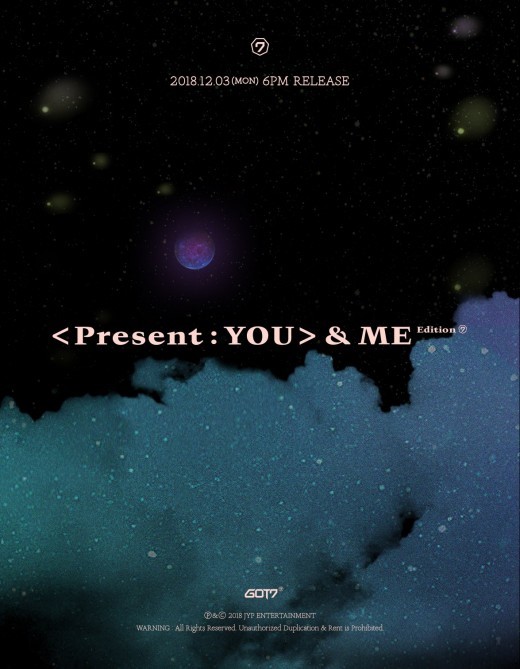 On November 16, JYP Entertainment explained that the title of the album holds the message that "the best present of GOT7's life are the fans."

This will be GOT7's third comeback in 2018, followed by mini album 'Eyes On You' released in March and 3rd full-length album 'Present: YOU' released in September.

Meanwhile, GOT7 successfully wrapped up their world tour in 17 cities in Asia, Europe, and North America.