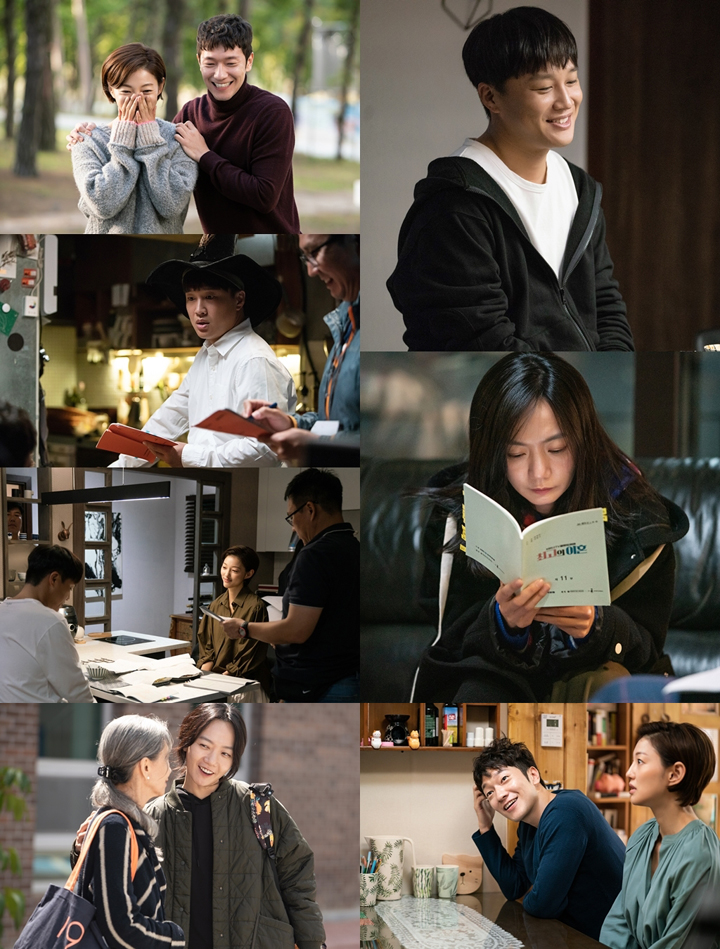 Cha Tae Hyun said through Blossom Entertainment, "Through Jo Seokmu's character, I was able to show another side of me, so this drama is meaningful to me. I think our drama made people think a lot about love, marriage, and family. People around me would tell me that it was similar to their life and that it was really realistic. I think the fact that the viewers were able to relate to our drama was our motivation."

He added, "Also, we were able to wrap up well thanks to the fellow actors and the staff who worked together. Once again, I am thankful to the viewers who gave us a lot of support."

EL, who played Jin Yuyeong, said, "It's sad to say farewell to the actors, staff, and Jin Yuyeong. They will remain in my memory for a long time. I was happy to receive a lot of attention and love from you as Jin Yuyeong for the past 2 months. I am sincerely grateful to you for cheering and watching Seokmu, Hwiru, Janghyeon and Yuyeong till the end."

Son Sukku, who played the playboy Lee Janghyeon, said, "As I began the drama, my heart pounded with excitement at the thought that this very character in this very drama would allow me to deliver my own performance. At the same time, I was worried whether the viewers would be able to relate to such an unfamiliar character whose words and actions are lacking in context and esoteric."

He continued, "I accepted the fact that it would take time for me to become close with the viewers and worked with my own pace, but I was still worried that Janghyeon's sincerity might not get delivered because he only shows it once in a blue moon. But each time, Cha Tae Hyun, Bae Doona and L cheered me on and supported me. Especially, they were so accepting when we were acting, so I had so much fun while shooting. I am so grateful to the fellow actors."

He added, "Words are not enough to express my gratefulness to the two directors, script writer and the staff who put their faith in me and created an environment for me to play despite the fact that I was a rookie actor who may have made them anxious. I am most grateful to the viewers who watched us till the end. I was touched by your open hearts because even though our drama was different in terms of the genre and the emotions it conveyed, many of you still enjoyed it."