The top 10 Korea's most tweeted about people in year 2018 were all K-pop artists. 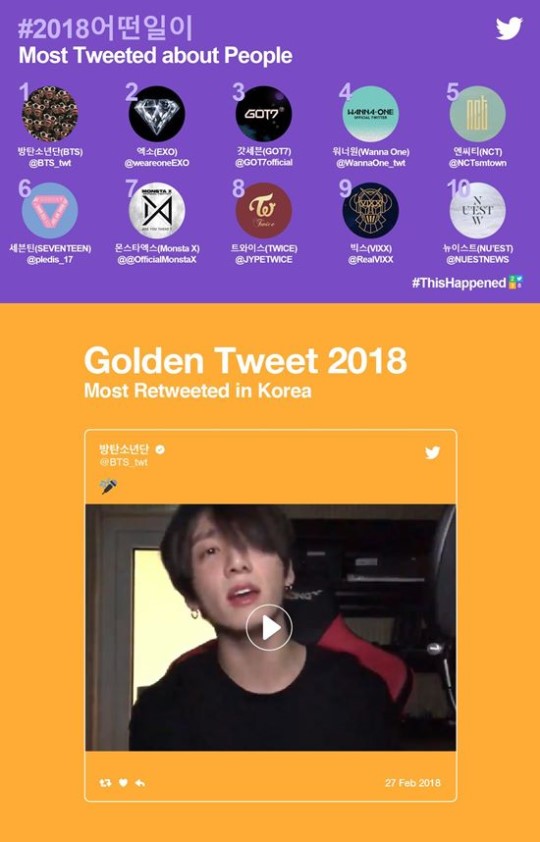 On December 5, Twitter Korea revealed the ranking of the most tweeted about people in Korea this year. The Top 10 are: BTS, EXO, GOT7, Wanna One, NCT, Seventeen, MONSTA X, TWICE, VIXX and NU'EST. TWICE was the only girl group included in the top 10.

The '2018 Golden Tweet', the most retweeted tweet by Koreans, was BTS' Jungkook's cover of Park Won's 'All of My Life' posted in February. The tweet has 620 thousand retweets as of December 5.