On December 6, Suga posted a picture on BTS' official Twitter and wrote, "hmm... this is for you ed sheeran." 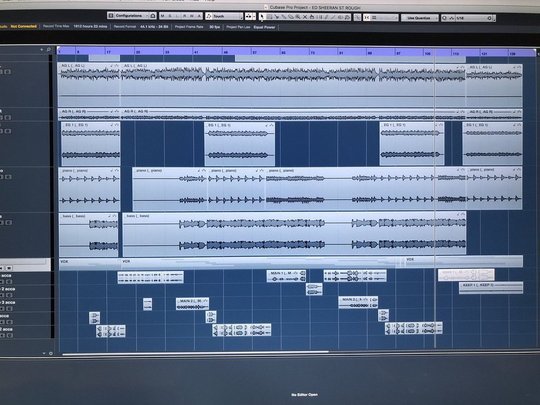 The picture was taken by Suga while he was working on his music in the studio.

Ed Sheeran has mentioned BTS before as well. During an interview held on November 20, when he received a messaged from a fan wanting him to collaborate with BTS, he said, "I actually wrote a song that I hear they might be messing with. I heard this the other day. I really like BTS though, I think they're great."

Back in August, he showed interest for BTS' music. When BTS released 'LOVE YOURSELF 結 ‘Answer'', he Twitted, "congrats to BTS who are about to have an incredible week. Cool album."

Meanwhile, BTS will continue its 'LOVE YOURSELF' tour at the Taoyuan International Baseball Stadium in Taiwan on December 8 and 9.