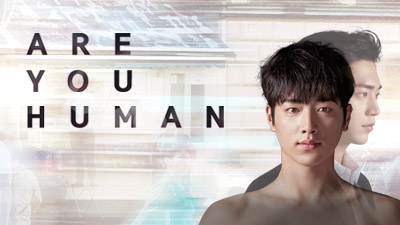 A young man falls into a coma. His mother creates an artificial intelligence robot in his likeness that must pretend to be a real human and fool people into believing that he's real until the real son wakes up. He is placed in the midst of a fierce power struggle of a business mogul family in the young man's stead. There's a woman who protects him as a bodyguard but doesn't even know if he's a human or a robot!

He is the grandson of the president of PK Group, a major conglomerate of Korea. He seems like a typical spoiled rich guy, notorious for his foul mouth and power trips. In truth, he acts that way not because he has no consideration for others, but because he is a pathetic and lonely guy inside. His harsh grandfather always emphasized that being the best and the strongest is the only thing that matters, using all kinds of threats and provocations on the way. His heart grew numb as he was raised as a successor of PK Group, not as a loved grandchild. He wants to break free in order to live a decent life. He doesn't care about the inheritance. In fact, he's determined to abandon his title, which only acted as chains that separated him from his loved ones. He always thought that being kicked out for being a fool is the minimum courtesy that he can show his grandfather, so he's been pretending to be a jerk. He finally manages to escape from the heartless world of PK and goes to the Czech Republic to meet his long-awaited mother. But he encounters something hard to believe. Who is this guy that looks exactly like him? What is happening to him?

He's got the good looks, intelligence, strength, and discipline. He champions the weak against the strong, and courtesy and kindness are ingrained in his nature. His only weakness is that he is actually not a human being. He is the latest model of the "AI Robot Nam Sin Series", which was made by Dr. Oh Rora, a top-notch authority on neuroscience and artificial intelligence. She missed her long-lost son Nam Shin so much that she ended up creating an AI incarnation of him! At his mother's earnest request, he goes to Korea to live among unfamiliar human beings. Countless virtual reality training and help from Nam Shin's right-hand man, Ji Yeounghun, make it look like he is all set to impersonate Nam Shin, but when he actually encounters humans for the first time, it's way harder than he expected! Where are all the good and trustworthy people that his mother had told him about? According to principles of ethics, you're not supposed to lie, but a friend today becomes an enemy tomorrow, and deceit seems to be an everyday thing to humans. And what is this thing called emotion that makes people laugh and cry? It's too complicated for him to analyze. In particular, what confuses him the most is a woman named Kang Sobong, who claims to be his loyal bodyguard. Will Nam Shin Ⅲ be able to complete the "Human Nam Shin Impersonation Project" successfully without anyone discovering that he's an AI robot?

She was once a promising martial arts fighter, but she has put the shining past behind and has been working as a bodyguard for four years. She has become the so-called "paparazzi bodyguard" who doesn't care about work ethics or morals and only works for money. But this time, she got the wrong job. Her new client is Nam Shin, the guy notorious for being the worst even among the upper class spoiled brats. She volunteers to guard Nam Shin dreaming to get revenge for publicly embarrassing her. But wait a minute, he seems a little strange. In the past, he did not even treat her as a human being, but now he holds her in his arms when she cries, throws himself to save her, and appears out of nowhere whenever she is in a moment of danger. In the beginning, she just wanted to fill her pockets and go on with her life, but she keeps getting involved in strange events. Is he really the Nam Shin she used to know?

He is Nam Shin's one and only friend, the general manager of PK Group, and Nam Shin's personal secretary. He grew up in an orphanage sponsored by PK Group, and his affection and loyalty for Nam Shin are unmatched by anyone. He believes that looking after Shin is the best way to repay President Nam Geonho's for supporting him financially, paying for his education and giving him the spot as a manager in a conglomerate. Of course, it is not just the feeling of gratitude that makes Nam Shin special to him. He sees himself through Nam Shin, who pretends to be alright by himself but is actually lonely inside and longs for affection more than anyone. Shin would act mean and get into all sorts of trouble because he is afraid of getting hurt by his coldhearted grandfather and others who are on the alert for an opportunity to aim at his position. This punk has made trouble once more, and he follows Nam Shin all the way over to a foreign country, only to find a strange sight in front of him. 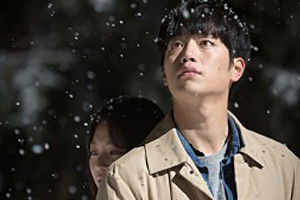 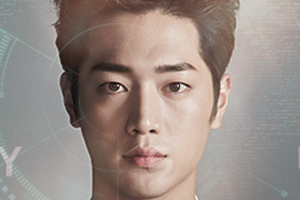 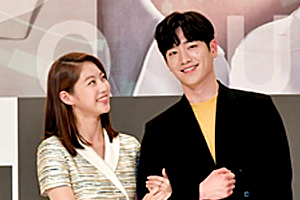 'Are You Human?' "I think I could fall in love with a robot" [Press Conference]
The press conference for new KBS drama 'Are You Human?' was held on May 31. Actors Seo Kang-jun, Gong Seungyeon, Lee Jun Hyuk, Park Hwan Hee, Kim Sung Ryoung and Yu Oh Seong attended the e...